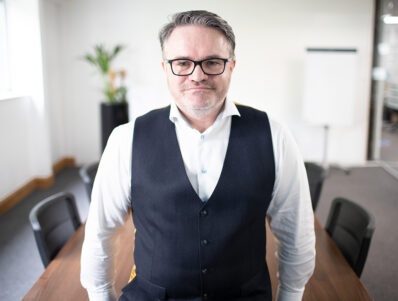 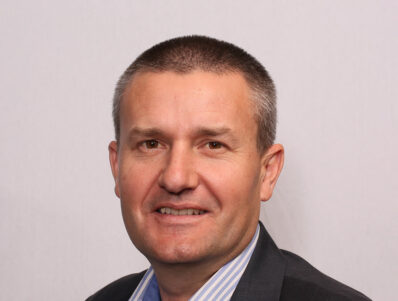 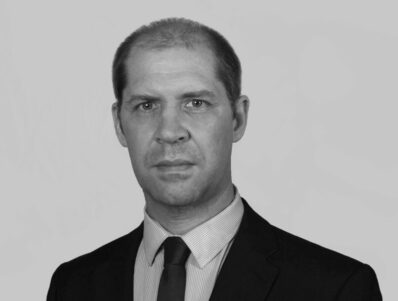 Paul Thomas is the Managing Director and a founding partner of Net Consulting Ltd. He is responsible for, among other things, managing and driving the business performance of the company, formulating and executing the business strategy, and interacting with clients, employees and business partners.

Paul first had the idea of starting an independent IT consultancy in 2002 whilst working at Capgemini, before going on to launch the company in 2006, with support from the Welsh Government. Prior to starting Net Consulting, Paul worked as a Network Consultant at British Steel, before leading the Network Performance Solutions Team within NIS Professional Services of Capgemini Ernst & Young. He was recruited by Netgear prior to their IPO, where he became Director of Telco and ISP Business for EMEA in 2004.

Paul graduated with an MBA in Finance and Accounting from the University of Liverpool in 2010.

Andrew Larter is one of the founding Directors of Net Consulting Australia, focused on promoting BlueArmour as the leading risk assessment cybersecurity service in Asia Pacific. He has a Business degree in Marketing and Management from The University of Newcastle Australia and started his career at 192.com in product management. Andrew also sits on the Board of Directors for Track My Calls Pty Ltd.

Danny Mulheran enlisted into the British Army’s Royal Corps of Signals in 1993 and trained as a Telecommunications Systems Technician at 8th Signal Regiment. During his time in the Army, he has seen service in the UK, Norway, Germany as well as operational deployments around the globe. He served a full career of 22 years and successfully progressed through the ranks to reach the highest Non-Commissioned Officer rank of Warrant Officer Class One and the highest engineering appointment of Foreman of Signals[1].

He completed various training courses throughout his career including an 18-month degree course in Telecommunication Systems Engineering to qualify as a Foreman of Signals in 2004. He also gained secondary appointments as a Defence IT Security Officer and Defence Equality and Diversity Adviser. Daniel served as the Foreman of Signals at six different units over 11 years. Responsibilities included UK Ministry of Defence representation in the commercial sector, delivery of acceptance trials for new capabilities, management of technical support services and career development of his subordinate communications engineers.

[1] In the British Army Royal Signals, a FofS is defined as a highly-qualified senior NCO or Warrant Officer signals engineering manager in the Royal Corps of Signals of the British Army. 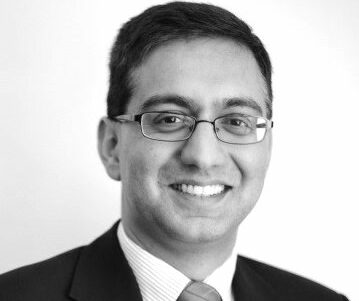 Rajiv Shah is the Australian Country Director for Net Consulting. He is based in Canberra and leads our relationship with the Federal Government and other clients.

Rajiv has had an over 20-year career in cybersecurity, networks and communications, and has held senior leadership roles at BAE Systems and British Telecom. He has a broad range of business and technical expertise, and a long track record of delivering complex technical solutions that bring long term benefits to customers and suppliers. Rajiv’s experience includes working with clients in the UK, USA and Australia, across the full project lifecycle – from business analysis and design through development and into implementation and operation. He is a regular speaker at major security conferences and contributor to security publications.

Before joining the commercial world, Rajiv completed a PhD in computational physics and retains a keen interest in mathematics and science.

"What Net Consulting provides us with is a baseline for where we are now. We can achieve our longer-term objectives with this robust foundation of information. It’s key to success, and that’s why we collaborate with companies like Net Consulting to build trust and deliver our outputs."

“The BlueArmour service allows us to see potential ingress paths an attacker can take into our network, as well as potential data egress paths. The service provides us with critical, prioritised information to quickly remediate issues."

“Unless you’re prepared to run a 24/7 security operation in-house, headed up by a team of seriously skilled people, you’re never going to match what BlueArmour ATD offers.”

“Net Consulting’s understanding of our requirement was evident through a superb bid and they showcased exactly the right approach. Clearly their Public Sector experience was transferable in terms of this engagement. Their cybersecurity expertise is very strong across the team, right from knowledgeable, technical and engaging leaders, through to their team of Floodlight SOC analysts. Net Consulting were under a very tight deadline, given the fact we needed to complete this piece of work within the financial year. They performed at a significant pace, were very reactive and agile, and never once let their high level of standards slip."

“Net Consulting have been extremely flexible and willing to work within the demanding restraints necessary. They have also been able to successfully adapt the Riverbed and IBM solution to suit our specific requirements, such as the need for multiple security levels. The solution has been working well for around 2 years now and is a key capability for the MOD’s approach to service management"

“We needed to understand whether our applications could operate from a shared services datacentre. Net Consulting were able to give us the answers.”

For over a decade, we’ve developed a strong reputation amongst our customers and partners for consistently delivering services which help businesses perform optimally and securely. This is why the relationships we’ve developed over the years have become long-standing and deeply trusted.

We’re very proud to have provided continuous IT support to the MoD for over 12 years. This length of service is a testament to the trust the MoD place in our people to deliver results, time and time again. Today, we provide situational awareness of the MoD’s globally-deployed application performance while assisting in troubleshooting issues and collaborating with other delivery partners to solve problems faster.

The lessons we’ve learned in Defence are applied to our engagements with customers in the enterprise sector too, ensuring robust network and cyber management for medium to large scale organisations. We use our long-standing experience in end-to-end performance management as a foundation for all of our services, so we can better define a customer’s complete requirements and deliver a more effective solution, whatever the field of technology. Offering market-leading technology and trusted managed services from ‘Floodlight’ - our own UK sovereign SOC, we work closely with customers in Driving Digital Vigilance across industry sectors.

The NCL monthly newsletter will provide a concise roundup of all the need to know information for IT teams and leaders.